This chicken tagine is warm and welcoming, sweet and savory—and pleasing to your senses 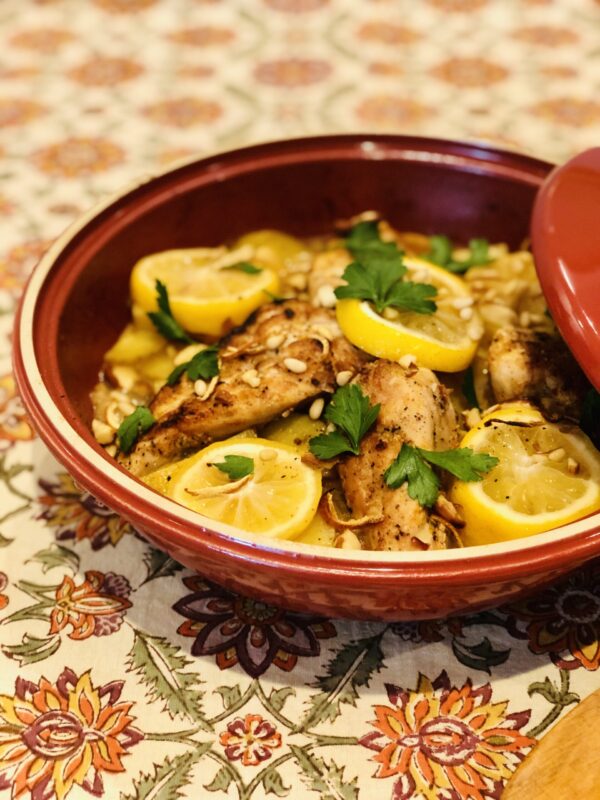 Aromatic and fragrant, a tagine is a North African dish, named as such because of the vessel in which it’s cooked. This ancient dish can be made in a variety of ways, with a variety of ingredients, but many that I’ve researched include preserved lemons, olives, and almonds. I’ve made my own rendition here, while using some spices often found in a tagine, including paprika, cumin, and ginger. You don’t necessarily need a tagine to make a chicken tagine  (you could also use a Dutch oven) but there’s something special about cooking with a tagine. The conical cover of this earthenware pot locks in the flavors as it steams and bastes the food for an aromatic stew with a depth of flavors. 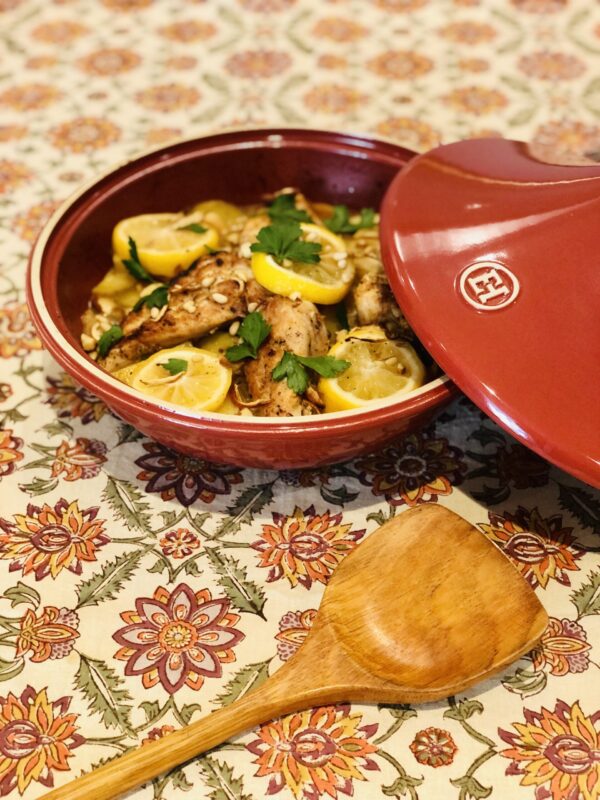 Ahead of time, rinse and dry chicken. Combine spices and lemon zest in a bowl. Salt and pepper the chicken then add it to the bowl, ensuring that the spices cover the chicken. Refrigerate overnight or for a few hours. When you’re ready to make the dish, preheat oven to 350 degrees Fahrenheit and remove chicken from the refrigerator. Let it sit for 15-20 minutes. In the base of a tagine (or a deep pan that has a cover), heat olive oil over medium heat. Brown the chicken for about 4 minutes on each side. Remove from the pan. Lower heat to low-medium and add the onions. Sauté for a few minutes, then add the garlic and stir for another minute or so. Add the potatoes, spreading them around the dish, then add the chicken and lemon slices. Pour in the chicken broth, sprinkle the nuts over the chicken, then drizzle with honey. Cover and roast in the oven for 35-40 minutes. Remove from the oven and sprinkle with parsley. Serve with rice or couscous. 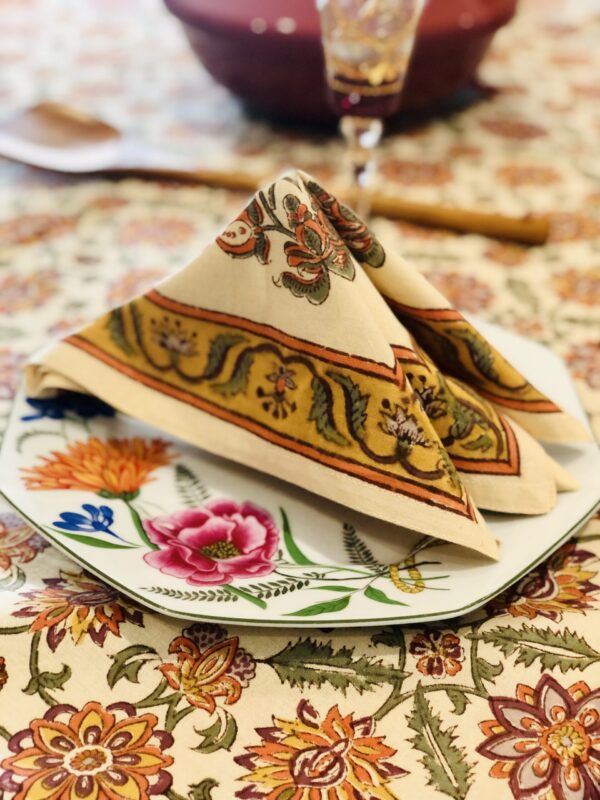